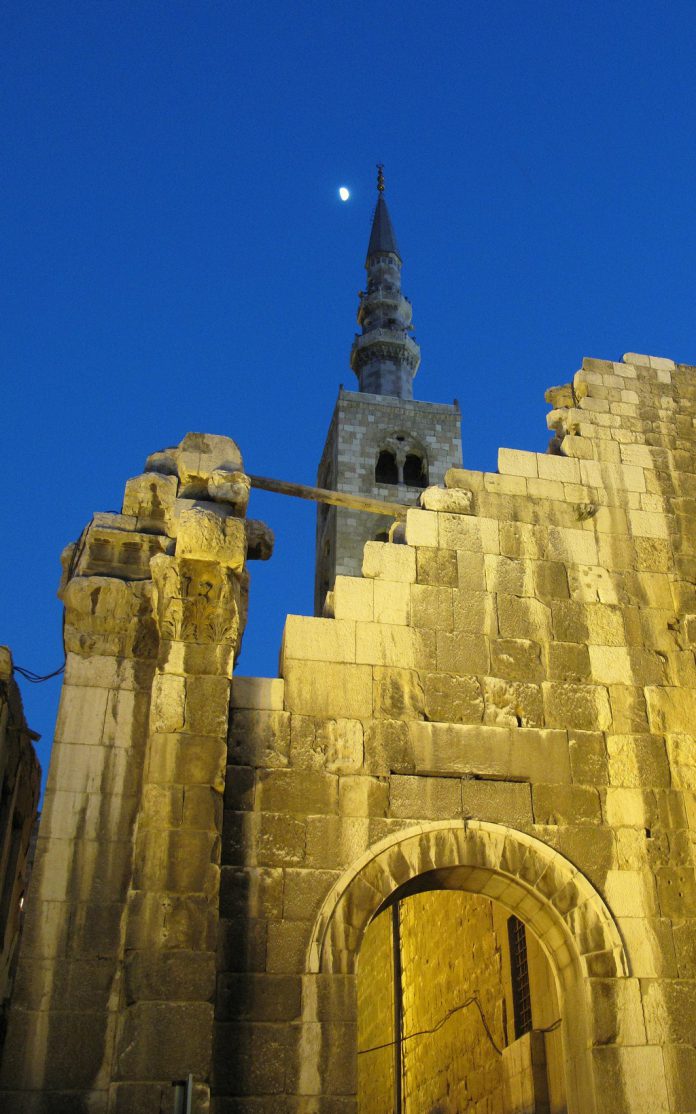 What makes you proud to be Syrian?

Sometimes I feel shame when I see the crimes that some Syrians are doing in the name of God, but when I remember how Syria used to be and how the Syrian people are facing this crisis and how they build hope and life from the ashes I feel so proud to be one of these people.

Syria is a secular country. Can you explain what this means to a non-Syrian?

What does the concept of personal freedom mean to you? What about political freedom?

There was personal freedom before the war; if you compare the previous freedom people had in Syria with what they have now you will realize how much freedom they used to have. Regarding political freedom, it relates to personal freedom in some ways. But people who are interested in politics should be asked this question.

What have you learnt about life, people and yourself since the start of the crisis?

This war destroyed people’s dreams and made them abandon their homeland and be humiliated. For me I’ve lost my enthusiasm and I’ve become sad and it’s hard for me to be happy again because at any happy moment I remember what happened to my country and return to being sad again.

Have you experienced anything since the start of the crisis you would like to recount?

Yes, I’ve lost a lot like most of the people in Syria but I’m not going to recount the story of my loss because I don’t want anyone to feel pity for me, we can start all over again and even be better than how we used to be. What can fill you with despair? What gives you hope? When I take a look to Syria’s past and return to see its present I feel despair. When I see despair in the eyes of a little child who needs to work now in order to live instead of being in school with other children I feel great despair, but when I see the Syrian people are facing all that is happening bravely I feel that there is hope.

How do you find the courage to go on and stay sane in the face of great hardship and pain?

My faith is shaken when I see innocent people dying for no reason but I still believe that this war is coming to an end and that’s what keeps me sane. And when I see mothers who have lost their children stay sane they give me strength and make me feel that there is light at the end of the tunnel.

Is there an information war against Syria?

Of course there is. We are in Syria and we know what is really happening here, they made up many of fake news on TV and social media. Sometimes they exaggerate some news and sometimes they marginalize others according to the benefits of the parties they support.

Can you talk about the freedoms women have enjoyed in Syria?

Women in Syria have freedom but their freedom is limited according to religion traditions and education. Women in Syria can work in most domains that men work in; they can vote; they can study at school and university; they can travel. The freedom women in Syria enjoy is related to their education.

How can corruption and nepotism be tackled?

What is your image of a new Syria?

The image of new Syria is a free country and its people believe that your religion belongs to you only and that Syria is for every Syrian who loves their country.