NAME: Suhail Sawa
EDUCATIONAL BACKGROUND: Graduated with a Bachelor degree in Architecture, Syria
Personal Ambition: To be a referee in the World Cup

Can you explain your love for football (soccer)?

Since childhood, until today, soccer has been my eternal love and inspiration in life. Soccer gives me strength, determination and patience. It’s a miniature model of real life because in soccer, you have to plan very well and carry out your tasks with precision and patience to achieve your goals, which is what actually happens in real life. I can say that soccer is the first thing I think about when I wake up, and it is the last thing I think about before going to sleep.

I have been playing soccer since I was six years old. The person who made me love this game was David Beckham, the “English legend”. His distinctive touches on the pitch and his distinctive style in shooting free kicks were the reasons for my great regard for him. 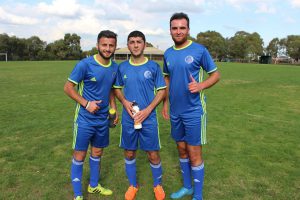 What international team do you support and who are your soccer ‘heroes’?

I started supporting the Spanish national soccer team in 2002. It was the beginning of my love for them, and Raul Gonzalez was the reason for supporting them.

What are some magic soccer-related moments you have had?

One moment I’ll never forget was when Tunisia kicked the first goal in its game against Spain at the 2006 World Cup. It was just 8 minutes into the game. I cried. But Spain managed to score three goals in the second half and then my happiness was indescribable.

One of the most beautiful memories I have had as a fan of the Spanish team was Spain’s victory at the European Nations Cup 2008 after an exciting match against Germany. And the most beautiful moment ever was the Spanish national soccer team’s win in the 2010 World Cup. Later, the team was awarded the 2012 European Nations Cup. I was flying between clouds of intense joy! (Or should I say I was on cloud nine?)

Barcelona is my favorite regional soccer team and I can say that I am a Barcelona fanatic. Lionel Messi is my legend and my favorite player, because, to put it simply, he is the best in history!

As a fan of FC Barcelona, for me the most beautiful moments were when Barcelona won six titles in 2008. They achieved all possible titles that year, becoming the first soccer team in history to achieve this.

Are Syrians as passionate about soccer as Australians are about Aussie Rules Football?

In my country Syria, soccer is the most popular sport. Everyone loves soccer – all generations and categories of people. Kids play football in the streets, narrow alleys, schools…. Everywhere! They don’t need a grassy pitch to play; all what they need is a ball and a couple of rocks to make the goal, and then the fun begins for them!

Soccer is the love of Syrians and the most watched and supported sport in the country. Barcelona and Real Madrid are the two most popular international clubs followed in Syria.

In my city Al-Hassakeh, soccer has long been the favorite of people. Al-Jazeera is the club of the city and is one of the oldest Syrian soccer clubs, and it provided many great players to the Syrian national soccer team in the 1980s and 1990s.

In Syria, we have a men’s soccer league called the Syrian Premier League, which includes 18 clubs from 14 different provinces. We also have a soccer league for people under 20.

Who is attracted to soccer matches in Syria?

Almost every city in Syria has its own soccer club, and the club has its own stadium. The matches are played every Friday (the start of the weekend in Syria). At each game, tens of thousands of fans of all age groups and backgrounds watch the matches. Women have a clear presence in the stands, supporting their team alongside their family or friends.

What are some significant differences and similarities between soccer in Australia and soccer in Syria? 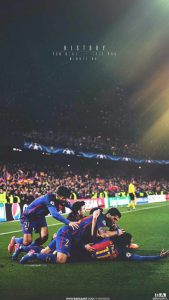 Unfortunately, we don’t have a women’s soccer league in Syria, as Australia has, though there is a Syrian women’s basketball league, volleyball league, handball league and even women’s wrestling.

What is lacking in soccer in Syria is government support. It is virtually non-existent. I believe the Ministry of Sports in Syria should give more attention to children and young people who play soccer, as Australia does.

However, despite this lack of support at the government level, Syrian soccer and its clubs have achieved a lot. The Syrian Army soccer club won the Asian Football Confederation Cup in 2004 – teams from 18 different countries competed in the AFC that year. Then in 2010, Syria’s Al-Ittihad Soccer Club won the Cup.

Also, despite the bad security situation in Syria, the Syrian soccer team Al Wahda managed to reach the final of the AFC Cup this year. The game will be played next week. If Al-Wahda wins, it can bring back a smile on Syrian faces.

Have Syrians maintained their passion for soccer?

In spite of the long years of war and its disastrous consequences in my country, soccer fans have not lost their love and passion for the game. The fans are still going to stadiums to watch soccer matches in large numbers.

In regard to soccer, what are your dreams and ambitions?

In regards to soccer my dream is to become a professional international referee and lead a World Cup match. With this in mind, I will continue my passion and love for football (soccer!) in Australia.

Suhail was a full-time student at AMES, Flagstaff, Melbourne