On a crisp winter’s morning in December 2008, a group of La Trobe University students began their tour of Syria with a visit to the Commonwealth War Cemetery in Damascus, where 307 Australian defence personnel from both world wars are buried.

Kurt, an Australian Army officer, who at that time led a UN Peace-Keeping Mission, was invited to address the group. He spoke about Australia’s connection with Syria.

In both world wars, Australian soldiers had been pivotal in helping ‘liberate’ Damascus from two foreign armies: first the Turks in 1918, and then the Vichy French in 1941.

The well-tended graves and the signatures of Australians in the Visitors Book at the cemetery in Damascus were a testament to the connection between the two peoples.

On that sunny winter’s morning in Damascus, Kurt expressed the high regard he had for the people of Syria.

“…The truth of it is I’ve made friends here that I’ll keep for life and the hospitality which I think you guys will see over the next couple of weeks while you are here from the Syrian people is unrivalled.  They will give you the shirt off their back, literally. …The Syrian people are amazing … they have a real strength about them and you can’t help but admire that aspect of their personality and their psyche as a culture.  They’re very, very good people.  And very, very welcoming….So the things that I will remember fondly … is the people, certainly.” 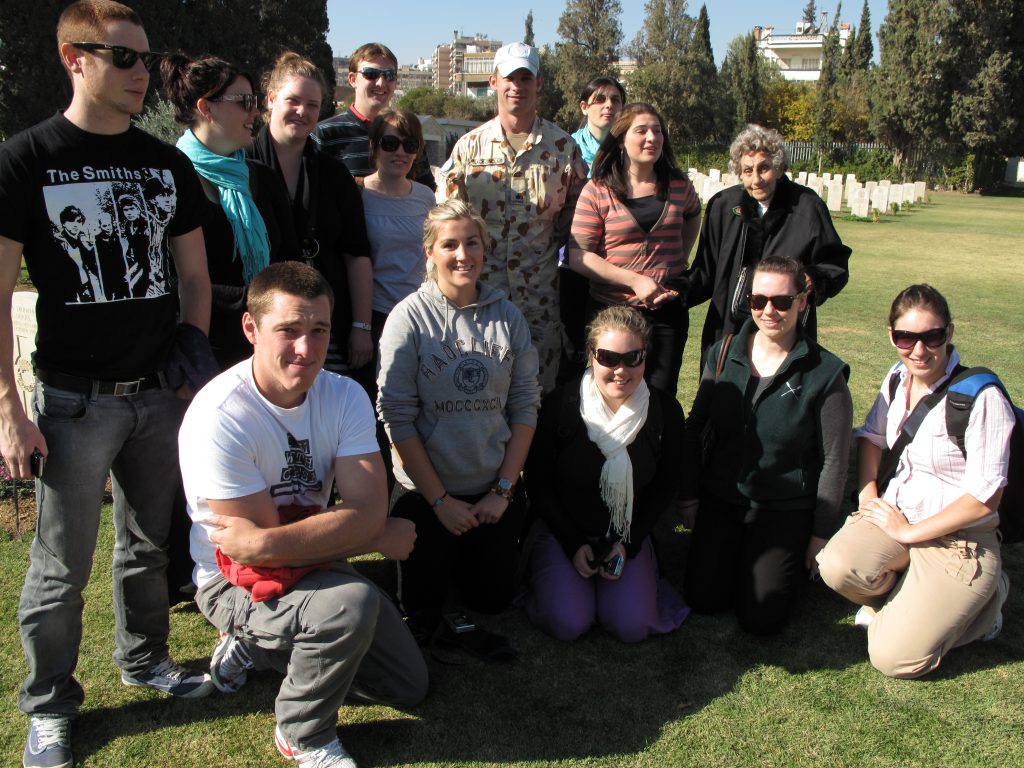 Anzacs Fighting for their ‘Lord the King’

My links with Syria began more than 100 years ago.  War took my maternal grandfather, Norman Lees, a member of the 8th Light Horse Regiment, briefly to Damascus. Unfortunately, he had no chance to develop the very respectful and friendly connections Kurt (and I) had with people in Syria.

When he enlisted, my grandfather was joining the ‘Australian Imperial Force’; he signed an oath, promising to ‘serve our Sovereign Lord the King’. 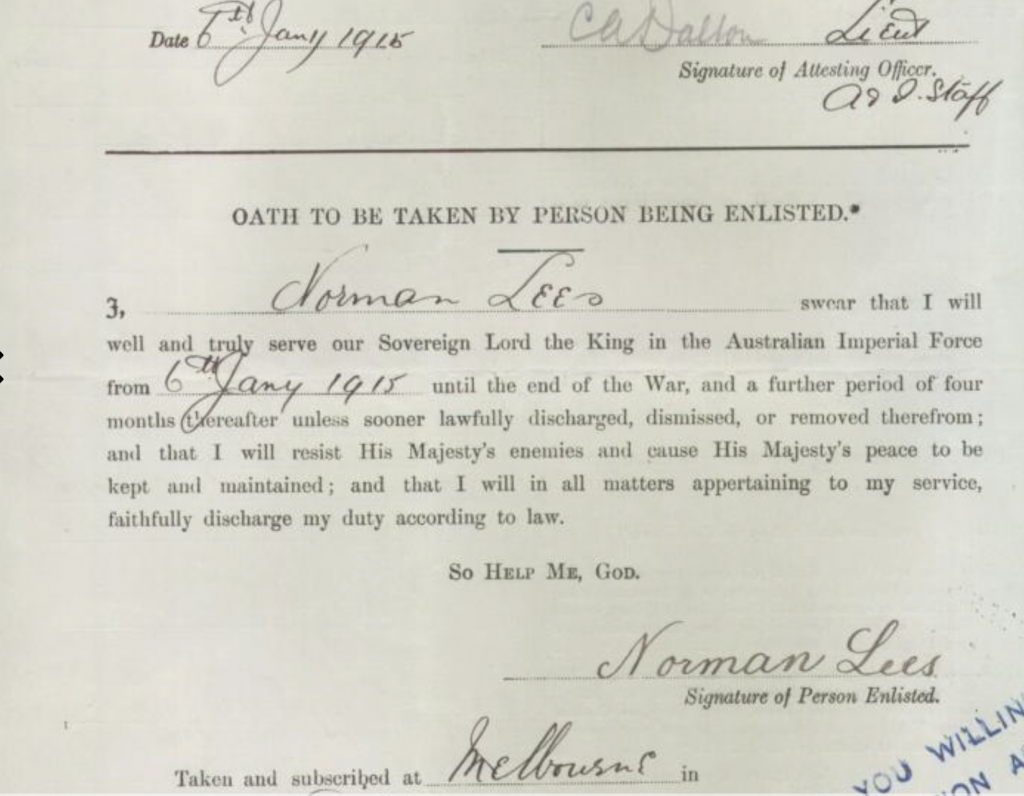 A War for ‘Freedom’?

Before WW1, the Ottoman Empire had ruled Greater Syria for almost four hundred years, but there was increasing oppression and even intellectuals from prominent Turkish Syrian families were prepared to join the revolt against Constantinople’s rule.

With the withdrawal of Turkish troops, Syria had a chance to become an independent nation. However, a secret agreement (the Sykes-Picot Agreement) between British and French governments decided otherwise.

The Great War was essentially a battle between European empires for hegemony.

Any promises of freedom and independence that Lawrence of Arabia may have made to persuade Arab tribal leaders to fight against the Ottomans were not to be honoured.

At the time many urban Syrians intellectuals, some of whom had studied abroad, were fired with enthusiasm to develop their country. But Lawrence didn’t support efforts for modernisation or development, and he had contempt for the ‘townsmen’.

Britain and France, which had grand designs for a new-look Middle East, set a pattern for rewarding those Arab leaders they favoured.

The Anzac Light Horse regiments were the ‘shock troops’, necessary for the success of British and French dominance in the region.

So my grandfather along with his comrades in the 8th Light Horse Regiment entered Damascus on behalf of an Empire.  But after the expulsion of the Turks, Syrians did not want to submit to another great power.  For them, the end of the war meant they could create a nation free from foreign interference.

In 1919, an American Commission sought the views of people across Greater Syria, which then included Palestine, Lebanon, areas of Turkey, and, of course, Syria as we know it today.  The subsequent King-Crane Report indicated that the vast majority of Syrians wished for “complete political independence for Syria”.  The recommendations of the report were ignored, and it wasn’t made public until three years later.

Syrians And The Changing Face Of Australia

In his Melbourne suburb, my grandfather would have encountered no-one from ‘Greater Syria’. His was a predominantly Christian Anglo-Celtic community. Were he alive today, he would be living in a much more sophisticated world.

In September 2019, the Shrine of Remembrance in Victoria launched a travelling exhibition titled ‘Changed Forever; Legacies of Conflict‘. Its aim was to bring together the stories of veterans from recent conflicts, peacekeepers and people of refugee backgrounds, with a focus on the ways in which war or conflict changed lives and in turn shaped Australia. Two Syrian families were invited to present their stories. Below is an extract from one of those stories.

“It is hard to forget everything. … your car, your neighbours, your workplace, Arabic songs.

….. the biggest difference between Syria and Australia perhaps lies in the more tightly knit communities in Syria. Religious festivals there bring together people of different faiths.”

…. By telling their story, they hope students will learn that:

“… life can be unfair and you never know when this can happen. Appreciate differences between people, and how lucky we are to live in Australia, and work with others to make it even better.”

With the welcome of refugees to Australia come opportunities to deepen our view of the world and its peoples, an opportunity my grandfather – a well-intentioned person – was not given before he enlisted in the Australian Imperial Force.

Timeline – Foreign Interference in Syria in the 20th Century

Syria’s history is replete with instances of unwelcome foreign interference. Although the timeline below is incomplete, it could help build an understanding of a Syrian perspective of the possible intentions of Western players towards Syria.

•6 May 1915: Twenty-one Arab intellectuals and nationalists were hanged by Turkish authorities in the city squares of Damascus and Beirut. It is commemorated as Martyrs’ Day, a national holiday in Syria

•16 May 1916: The Sykes-Picot Agreement was signed; it was a secret British and French agreement to divide Greater Syria between Britain and France 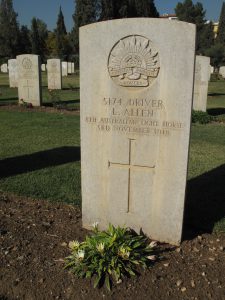 •31 Oct 1918: Armistice concluded with Turkey but there was trouble in towns north of Aleppo as Turkish forces under the command of General Ali Ihsan created disturbances (NB: General Ihsan had been implicated in the massacre of Armenians)

•10 Dec 1918: A Massacre is committed by Anzacs in the village of Surafend, Palestine, then part of Greater Syria

•     June1920: The French army entered Syria; King Faisal surrendered. However, Yusuf al-‘Azma, Faisal’s minister of war and chief of staff, ignored the King’s surrender and led a small army to confront the French advance not far from Damascus. Yusuf al-‘Azma was killed and his forces defeated

•1 Sept 1920: The French High Commissioner declared that the ‘State of Greater Lebanon’ was thereby separated from Syria; hence, overnight families found they lived in different countries

•24 July 1920: The League of Nations formally approved the French Mandate of Syria

•2 Dec 1922: The King-Crane Report was published, but too late for the views of Syrians to be heeded

•Sept 29, 1923: The League of Nations officially assigned Syria and Lebanon under the French Mandate

•Oct 1925: French aerial and artillery bombardment led to the destruction of a large section of the old city of Damascus and many deaths

•1925-1927: The Great Syrian Revolt; To weaken Arab nationalism, France divided Syria into states based to some extent on the sectarian make-up of regions. Most Syrians opposed the French mandate and the division into states, so there were revolts in all the Syrian states

•1938: The Syrian national anthem was written – its words reflect the independent and proud spirit of the people of Syria

•1939: In the lead up to WW2, to discourage Turkey from allying with Nazi Germany, France ceded the Syrian province of Alexandretta to Turkey; Turkey signed a mutual aid pact with France and Britain

•June 1941: Indian and Australian soldiers together with British and Free French forces defeated the Vichy French in Damascus 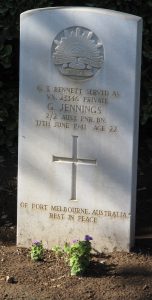 •July/Sept 1944: Despite French opposition, first the Soviet Union and then the United States granted Syria unconditional recognition as a sovereign state

•March 1945: Syria became a charter member of the United Nations

•May 1945: (Free) French troops shelled the Syrian parliament and attempted to arrest government leaders; around 500 people were killed

•Feb 1946: A UN resolution called on France to evacuate Syria

•July 1947: The first democratic elections in Syria were held

•1948 and onwards: Tens of thousands of Palestinian refugees fled their towns and villages to Syria

•June 1955: Those charged with the assassination of Col. Adnan Malki in April 1955 reportedly planned a coup to overthrow the government and approached U.S. authorities for support

•March 1956: British PM Anthony Eden and Foreign Minister Selwyn Lloyd decided to authorize the British Secret Intelligence Service to mount Operation Straggle to “establish in Syria a Government more friendly to the West”, using covert operations which included staged border incidents in Turkey, the mobilization of various rural tribes, the use of right-wing guerrillas, and even perhaps the Iraqi military; the Iraqi government gave financial support to ‘opposition’(Ref: Bonnie Saunders)

•1957: ‘Harold Macmillan and President Dwight Eisenhower approved a CIA-MI6 plan to stage fake border incidents as an excuse for an invasion by Syria’s pro-western neighbours and then to ‘eliminate’ three leading figures in Damascus. This was in response to concerns that Syria was pro-Soviet and the fact that Syria had ‘control of one of the main oil arteries of the Middle East, the pipeline which connected pro-western Iraq’s oilfields to Turkey’. (Ref: Macmillan backed Syria assassination plot, by Bed Fenton, The Guardian 27 Sep 2003)

•Aug 12 1957: The Syrian government announced the discovery of an American-engineered coup attempt. Syrian army surrounded the U.S. embassy in Damascus; “the U.S., along with Turkey and Iraq, was considering an action that could have escalated into a full-scale, Soviet-U.S. confrontation” (See Wikipedia: The Syrian Crisis of 1957)